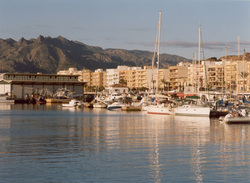 Garrucha borders the municipalities of Vera and Mojacar.
History

"Little San Sebastian", has been called the maritime Garrucha, the great port of the Levante mines which once had vice consuls from ten countries after the boom, in the middle of the last century, of the shipment of silver, iron and lead.

Center of ancient historical remains dating back to 5,000 years ago, with a natural port that supplied armies, exported marble and esparto and  always had good fishing, Garrucha, for centuries  prey to pirates, reached their golden years in the heat of the mining wealth and the choice of its coast as summer residence for families who became rich with mining.

At the beginning of the twentieth century, Garrucha had a  feverish economic activity and not less social entertainment. Casinos, halls for dancing and a tennis club gave it an air, so different from the rest of the coastal area, evoking those cities, like San Sebastian, where the summer filled the streets with glamor.

Fish in Garrucha is undoubtedly one of the main offers of Almeria cuisine, both in quantity, making the second the fishing port of Almeria province after the capital, and its quality. Fishing (mainly artisanal longline and tracking) is also its main asset to attract tourism. The undoubted quality of his famous red shrimp (and mackerel or clams) has created an important hotel infrastructure, in addition to the possibility of a good meal or a good dinner overlooking the promenade and the harbor area, a very special place that makes you feel that we have a supply of high quality, something not always easy in the villages on the coast. 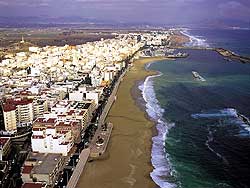 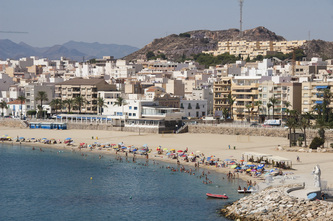 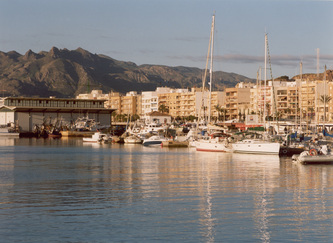 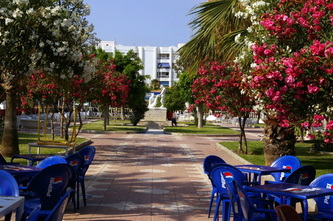 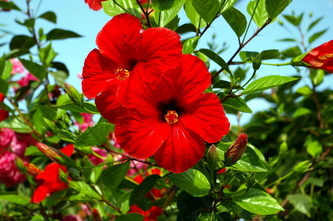 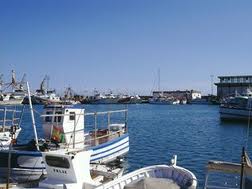 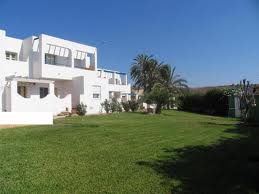 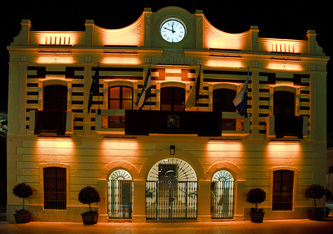 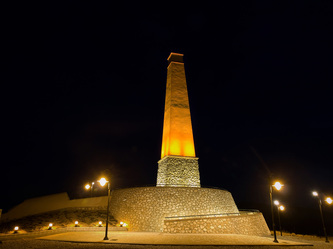 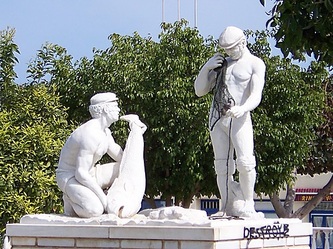 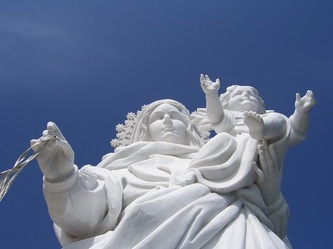 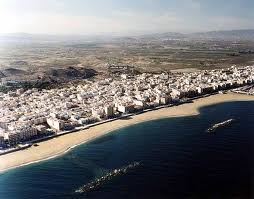 "Puerto de Garrucha"  Restaurants, ice cream parlors, terraces and taverns which not only have excellent products but clean and good service which deserves a walk on the Malecon which also has a sandy beach (now divided in coves), well maintained daily and with the facilities for a comfortable bath.

Highlights of Garrucha is undoubtedly its boardwalk which leverages perfectly the beauty of the sea like no other town in the province of Almería. A mile of marble railing and gardens make a splendid avenue promenade on the Mediterranean which also has fairly harmonious front buildings and is urbanistically little spoiled, another trait hard to find in the more developed areas the coast.

Some of the houses of the last century (including the Town Hall) deserve a closer look, as the parish church of San Joaquin and the shrine of the Virgin of Carmen. 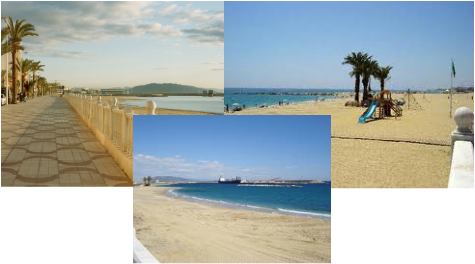 Garrucha is a municipality in the province of Almeria with a fully equipped urban beach and which has the  Blue Flag quality awarded by the European Union.