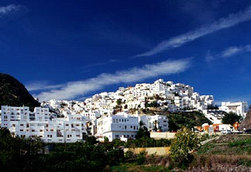 Mojácar is a Spanish town and municipality in the province of Almería, in the autonomous community of Andalusia, located in the region of Almeria and 90 km from the provincial capital, Almería.
In 2011 it had a population of 8,090 inhabitants (INE), spread over an area of 72 km ², giving a population density of 112.36 inhabitants / km ².

The town of Mojacar is situated in the eastern part of the province of Almería in the region of Almeria at an altitude of 152 meters. The township has an area of 72 km ² and is bordered on the north by the municipalities of Garrucha and Vera, east by the Mediterranean Sea, on the south by the municipality of Carboneras and west by Turre.


Mojácar has been inhabited by numerous and varied peoples since ancient times. Inhabited since the Bronze Age around 2000 BC., Phoenician and Carthaginian     traders came to serve the growing communities. Under Greek dominion, they created a settlement called Murgis-Akra, which dchanged, after being Latinized, to the name Moxacar, and finally to the current name of Mojácar. Muslims from North Africa settled in Spain in the eighth century and the province of Almeria became the authority of the Caliphate of Damascus, ruling, later, from Cordoba.
Under this second dominion, Mojácar quickly grew in size and importance. With the coronation of Muhammad I of Córdoba, Granada, Mojácar and its lands were incorporated into the Nazari sultanate, and the city found itself with the Christian forces in the east. Watchtowers and fortresses were built or strengthened during the fourteenth century, yet did little to discourage Christian incursions and fierce battles as the bloody event of 1435, where much of the population of Mojácar was subjected to war.
June 10, 1488, the leaders of the region agreed to submit to the Christian forces, although the governor of Mojácar refused to attend, considering that his people were Spanish. Then came the meeting known as Arab-Mojácar where agreed a Compact of Free Association between Moors, Jews and Christians. Mojácar once again began to expand until the early 18th century, when the census registered 10,000 people.

The most important holidays of Mojacar are:
Easter week
Holy thursday: Procession of Jeses of Nazareth through the streets of the old part of the city. The most notable is the passing under the old city gate in the Plaza del Santo Caño. Holy friday: Procession of the Meeting in the morning in the Plaza del Cano. May 15: Lying Christ Procession at night.
St. Isidore Pilgrimage to the hamlet of "The Sopalmo". Lunch and Mass before the return. Held on the Sunday closest to May 15.
Fiesta de Moros y Cristianos: Weekend which commemorates the peaceful capitulation of the Mojácar Muslims to the troops of the Catholic Monarchs. Nightparties in the old part of town. In the opening speech of the Friday night the pacts that allowed the Muslims to stay in Mojácar and keep their religion are remembered . Saturday historical reenactment and Sunday afternoon the big parade. Activities throughout the weekend in Mojacar Pueblo and Mojacar Playa. It is celebrated on the weekend closest to June 12 (the date of the surrendering of the city).
Fiestas patronales en honor a San Agustín: Festivals celebrated in late August, the closest dates to the 28th of that month. Not to miss is the traditional  ribbons-riding in which women of "marriageable age" and singl, tie their ribbons and the young men
from the town collect them on galloping horses.
Día de Nuestra Señora del Rosario: Patroness of the town.
Navidad: The highlight of the above parties, for its inclusive nature and has been celebrated for several years, is the traditional craft of "las nueve lecturas y villancicos" (nine lessons and carols), which is held by the Anglican community living in the municipality........................................................

Trivia
According to an urban legend, Walter Elias Disney was not born in Chicago, but in Mojácar (Almería), the illegitimate son of a doctor and a laundress.The alleged mother emigrated to the United States, where she gave her son up for adoption to Elias and Flora Disney.
Accordingly, the real name of Walter Disney would have been José Guirao Zamora. Supposedly, in the 40s, Disney representatives visiting Mojácar have been doing checks in the parish archives of the town. 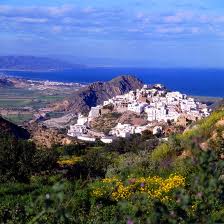 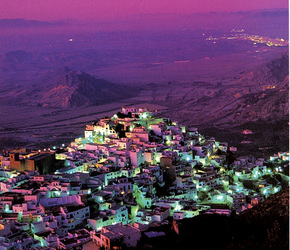 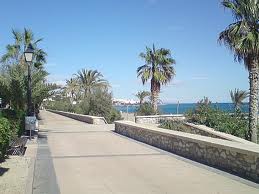 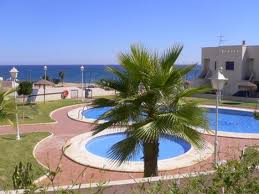 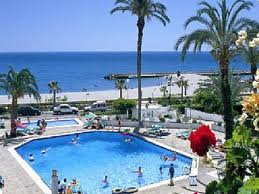 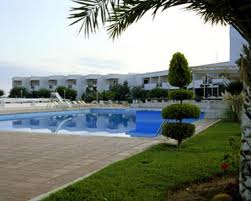 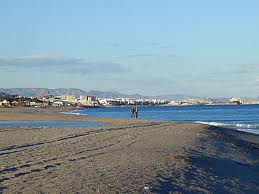 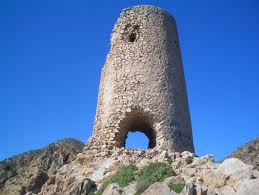 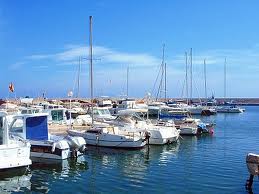 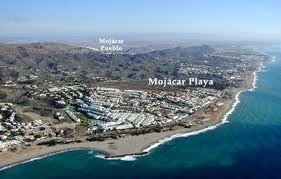 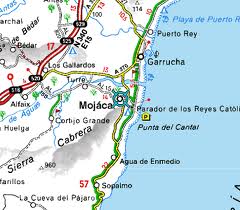 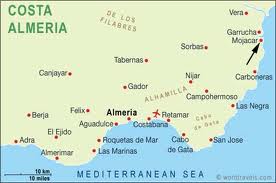